The upcoming parliamentary period will be a formative period, crucial for how Europe will emerge from the financial crisis. The crisis is taking place in a time when the global economy is going through a fundamental change. New emerging economies are contributing to global growth; they are in the lead in fighting poverty and are also challenging the leading position that we used to have.

We need to act and reform in order to ensure that we can contribute to global growth while at the same time also securing Europe’s role as a leading partner in the global economy.

We need to ensure that new jobs can emerge, that we can see an entrepreneurial wave making Europe the leader of innovations and of opening up new markets. I know that our views are the same on that matter.

However, now is the time to improve our efforts in order to not only do better, but to be the global leader.

The total value of the Framework programme is today, over the seven year period of its implementation, close to 60 billion EUR – a little more than 5 percent of the total EU budget. I would like us to make clear that this is not enough. We need to do more. A more competitive European knowledge economy requires more investments in knowledge, research and science, on a European level as well as on the level of the Member States. I would like us to create new incentives for Member States to increase investments, as the Member States account for the most significant part of the money spent on research and science in Europe.

We should increase the level of European spending in such a way that we inspire Member States to match EU spending as much as possible. My proposal of a European Research Voucher, with money following researchers working in another member state, will underline the need to create attractive and successful centres of research, be it in universities or at different Institutes of Research.

Our aim should be to triple the funding and we should begin that process now during the final stages of the budgetary mid-term review. That would mean that our spending could increase to more than 160 billion EUR over a corresponding period of seven years. This means that we would be able to fund a European Research Voucher that follows our best researchers when they move to frontline research in other parts of Europe. It means that universities would be strengthened and the European Research Council would have more resources.

We could do that by only marginally reducing agricultural spending. We both know that this is easier said than done. But we should be firm and decisive in this vision. In order to triple the research spending, we only need to adjust the agricultural budget the corresponding amount, meaning a reduction of agriculture’s part of the budget with a little more than 10 %

Now is the time for action. We should get Europe out of the current financial crisis not by lagging behind but by taking the lead. 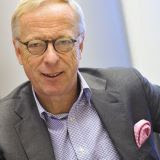 I know that you believe that you understood what you think I said, but I am not sure you realize that what you heard is not what I meant. (Robert McCloskey) 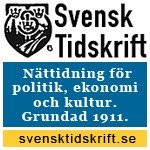 I know that you believe that you understood what you think I said, but I am not sure you realize that what you heard is not what I meant. (Robert McCloskey)

"There is always more than one way to do it"